Justin Jackson is a running back for the Los Angeles Chargers as well as the leading rusher in Northwestern University history. Additionally, Jackson also has strong political opinions on a wide variety of issues. For that reason, during his appearance on PRIMO NUTMEG #179, Jackson discussed everything from his rookie year in the NFL and getting roasted by Jimmy Fallon, and from police brutality to 2020 presidential candidates Elizabeth Warren, Bernie Sanders, Tulsi Gabbard a

If there is one claim at the heart of RussiaGate that Time Warner and Comcast have beaten us over the head with about a thousand times an hour since Hillary Clinton's historic loss to her pied piper, it's this: Donald Trump is Vladimir Putin's puppet. As the Steele dossier illustrates, Putin has had an embarrassing video of Trump paying prostitutes to urinate on each other since 2013. Yes, for at least the past five-plus years Trump has been a Kremlin pawn. The New York billi 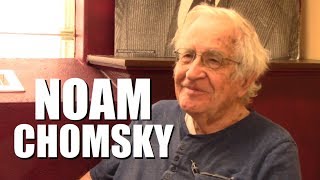 Rebel in the Desert: Noam Chomsky on Donald Trump’s America

For the past seven decades, Noam Chomsky has been one of America’s most famous and most radical intellectuals. A groundbreaking thinker in the field of linguistics, Chomsky expanded his notoriety via a principled opposition to US foreign policy and cutting analysis of the propagandistic nature of the corporate media. Last year, at the age of 89, Chomsky relocated from his longtime home at MIT in Boston to the University of Arizona in Tucson. It was there this past May that, a

Dude, this was like the craziest f'in week ever. The Republicans like finally totally jumped the shark. And they endangered the country. Like, literally, we could be invaded at any second. Or, dude, maybe we have been invaded already! Like the election was just the first act of Red Dawn. The Russians are in the White House right now and they are planning to disband our media intelligence agencies. That's not right! That's not who we are! This is America and I don't want schem

Donald Trump has been President for almost one year. And by now we all know the real reason why this happened: Not because Hillary Clinton was a horrible candidate. Not because Trump represented a pushback to the neoliberal / neoconservative empire. It was because those goddamn back-stabbing communists in Russia hacked our election! (Please ignore California and Wisconsin's claims to the contrary!) Yes, hoping to instill uncertainty in American Democracy, the Russians somehow 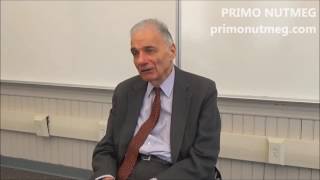 On the most recent edition of the PRIMO NUTMEG podcast, former Green Party presidential nominee Jill Stein responded to accusations that she is an operative of either George Soros or Vladimir Putin. Earlier this week, both NBC News (Robert Windrem) and then DailyKos (Mark Sumner) dug up and spun Jill's participating in a RT event in Moscow back in December 2015. The 16-month-old "news" (which DailyKos was focusing on five months ago and Rachel Maddow has oh-so-hilariously sho

The Art of the Swerve: A Trump Guide to Conspiracy Theory & Pro Wrestling

December 2, 2015 was one of the most bizarre days in American political history. With little warning, the front-runner for the Republican presidential nomination, Donald J. Trump, appeared on The Alex Jones Show. Over the 20 years prior, Alex Jones had become the nation's forefront conspiracy theorist. Spreading his message via a radio program, as well as the websites InfoWars.com and PrisonPlanet.com, Jones famously confronted George W. Bush, exposed the Bohemian Grove Club,

For over a year, corporate news outlets have been promoting a fear campaign against Russia similar to the Red Scare sensationalism of the Cold War. The real causes for these renewed tensions seem to be NATO’s expansion to Russia’s doorstep, US sanctions against Russia and US intervention in Libya, Ukraine and Syria -- although Western media continues the more simplistic narrative that Vladimir Putin as a Bond-esque supervillain bent on global domination. Following Hillary Cli